All eyes are indeed glued to the now-famous landing of the Perseverance rover on the planet Mars. Up to this moment, the experts are seeking another discovery on the Red Planet with Percy’s help.

While NASA is focused on unearthing possible life forms in the neighboring planet of the Earth, the European Space Agency (ESA) has a different path to travel for its space exploration through DAEDALUS, a robot designed to venture into the moon’s lunar caves. 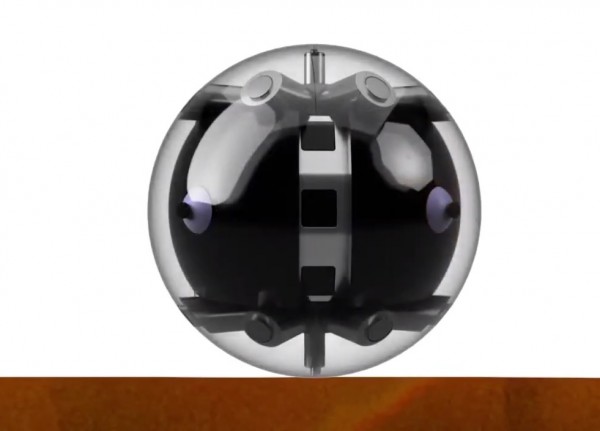 In a report by Inceptive Mind, ESA has already started working with DAEDALUS (Descent and Exploration in Deep Autonomy of Lunar Underground Structures), an autonomous robot that will walk through the mysterious lunar caves, as well as the moon’s lava tubes located underground.

To make this journey possible, Julius-Maximilians-Universität of Würzburg (JMU), a public research university in Germany, participated in the project.

The university had designed the probe, which appears to be spherical.

For the design’s approval, the ESA’s Concurrent Design Facility reviewed the proposed design and checked if it is suited for deep lunar cave exploration. Of course, the facility will make sure that the blueprint of the probe will be perfect for the methodology and processes that the robot would do.

DAEDALUS is not an ordinary robot that is controlled during the exploration.

Its spherical appearance is measured at 46 centimeters in diameter. Moreover, it uses a unique “laser radar” LiDAR system, which will be used to carve 3D maps of the interiors of the lunar caves.

There are also temperature sensors, which are devices that calculate the temperature in a specific environment. Later, input data will become electronic data that will be utilized in signaling and recording changes in temperature patterns.

Apart from that, DAEDALUS features a stereoscopic camera and a radiation dosimeter. It also has special arms, which can be made longer to remove the obstacles in its way easily. They can also be used to conduct rock property tests.

Why Do Scientists Choose the Moon as the Subject for the DAEDALUS Project?

The ESA revealed that the deep holes in the moon’s surface were already surveyed by the lunar orbiters. This makes it appealing to the researchers to study what’s inside it since there are still areas that are not yet discovered.

Also, the space agency said that it could acquire new materials like water ice deposits, which could help in its future studies about the moon.

It could be possible that there are times that the lunar caves have already become a dwelling to some settlers. This opens an area of curiosity that the caves could serve as a protection against fluctuations in temperatures, radiation, and micrometeorites.

To commence the mission, DAEDALUS will be allowed to wander the mouth of the cave. However, it remains connected to the Wi-Fi so the useful information can be easily relayed from the depths of the moon to the agency.

“The design is driven by the requirement to observe the surroundings in full 360 degrees and the necessity to protect the interior from the harsh lunar environment,” Dorit Borrmann of the DAEDALUS team explained via ESA.

Bormann added that using the cameras, which serve as a vision system, the robot can identify the hindrance upon its landing in the lunar cave.

To view the full details of the project, visit Informatik.

Fri Mar 26 , 2021
Google Assistant will soon be more useful than ever, thanks to its upcoming Memory feature. The giant tech firm’s latest update is expected to turn its Assistant service into an Android organizer.  (Photo : Photo by Sean Gallup/Getty Images)A visitor speaks into a smartphone while standing next to the Google […]